A deal signed on 8 November restored state funding to STA for the rest of the year and agreed to a court settlement on overdue back payments. However, MFRR partners raise concerns that UKOM's oversight of STA's financial activities could infringe on editorial independence, while the deal could weaken the financial sustainability of STA in the long term 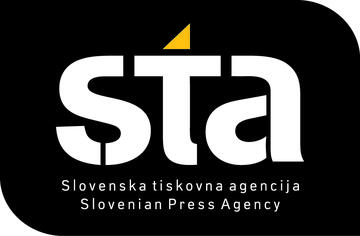 The Media Freedom Rapid Response (MFRR) today welcomes the signing of a contract which ends the immediate financial crisis at the Slovenian Press Agency (STA). However, the MFRR also raises concerns that the current conditions of the deal could leave the agency in a financially weaker position in the long term as it carries out its vital public service mission.

On 8 November, the new acting director of the STA, Igor Kadunc, and the director of the Government Communication Office (UKOM), Uroš Urbanija, signed an agreement on the STA's public service for November and December 2021. The deal restored state funding to the agency for the rest of the year and agreed to a court settlement on overdue back payments from UKOM.

It brings to a close a gruelling 10-month crisis, during which time the STA was forced to operate without legally-mandated state funding for 312 days and narrowly avoided bankruptcy. During this time, the MFRR repeatedly appealed to UKOM to reinstate the financing, raising the issue at the EU level and visiting Ljubljana in mid-October to meet with representatives from the STA.

While our organisations welcome the end of the immediate crisis, the issues for the STA are far from over. Ultimately, these payments were always due to the agency under two separate laws. We note that the agreement came shortly before a court was due to rule on the STA’s lawsuit over unpaid compensation, which should now be resolved via settlement. Moreover, the fact that the contract was concluded under the conditions of a legally dubious government decree rather than a solid legal foundation is regrettable. Meanwhile, several outstanding issues in the contract need to be resolved and a new business plan and agreement for 2022 need to be approved.

Moving forward, based on UKOM’s handling of this dispute, we also retain concerns that its new oversight of STA’s financial activities could infringe on editorial independence. Observation must not morph into interference. We also share the concerns of journalist groups that the commercial aspects of the deal could, if not addressed next year, weaken the sustainability of the STA’s business model in the long term. Under the conditions of the current contract, the agency will see an overall drop in monthly funding for the rest of the year. In the next agreement for 2022, a careful balance must be struck to safeguard its financial viability.

This crisis has left the STA drained psychologically as well as financially. Numerous staff and some of its most experienced journalists have left. As the MFRR heard during our mission, some of its workforce is suffering from mental health problems as a result of stress and anxiety.  Despite these pressures and smears from top government officials, its newsroom has continued to work with great professionalism and dignity. While the STA draws up a fresh business plan for 2022, a period of stability and fresh recruitment is now required to rejuvenate the agency for the future.

We also take this moment to pay tribute to the indefatigable work of the Association of Slovenian Journalists (DNS) and the Slovenian Journalists’ Union (SNS), whose crowdfunding campaign for the STA has raised a total of €385,000 to keep the STA afloat. The phenomenal support displayed by individual citizens and the solidarity expressed by the wider media community both acted as a timely reminder of the extent of the support for independent journalism in Slovenia.

However, the unavoidable conclusion is that this funding crisis should never have reached this point. The STA was financially drained over many months to the point where it had little choice but to accept UKOM’s terms or face liquidation. We maintain that this manufactured dispute was driven primarily by an effort by the government to try and exert greater control over the STA and its reporting. The effects on media freedom have been significant and concerns remain over recent politicised changes at the public broadcaster RTVS.

The STA has been the lifeblood of the Slovenian media ecosystem for the last thirty years. As we move forward it is vital that it continues to carry out its important public mission free from political pressure or further financial coercion. Adequate and fair funding for the STA and the guarantee of its editorial autonomy, as prescribed by law, will be vital. Looking ahead, greater safeguards must be put in place to stop this kind of crisis from happening again. The MFRR will continue to monitor the situation moving forward.