Media Freedom Rapid Response (MFRR) partners are alarmed by the Turkish President’s threats to further restrict or shut down social media. We call on Turkey to comply with its international obligations and refrain from measures that will further prevent and disrupt exercising the right to freedom of expression and information online 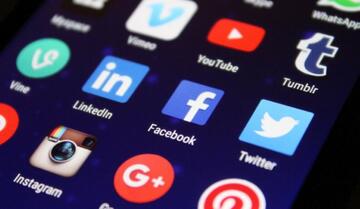 On 1 July, AKP Chair and Turkish President Recep Tayyip Erdoğan announced that his party will draft a bill to either control or completely shut down social media in Turkey. The threat came after Erdoğan’s daughter and son-in-law received insulting messages on Twitter after announcing the birth of their new child, which resulted in a number of detentions.

The Turkish media landscape is already dominated by heavily pro-government outlets. More than one hundred media outlets have been shut down since the 2016 coup attempt. The remaining few independent media outlets are often threatened with closure, intimidation and fines. Hundreds of journalists are facing investigations and trials, while at least 93 journalists and media workers are still in prison mostly over terrorism-related charges or convictions.

The crackdown on press freedom in Turkey has prompted millions to resort to social media as an alternative way to receive news, express their opinions and bring international visibility to the government’s repression. Social media platforms are an essential tool for independent journalists in Turkey to do their work, many of whom were dismissed from their jobs at media outlets that were either forcibly closed following the 2016 coup attempt or taken over by government-aligned businesses. Social media platforms have also played a major role in the country with protests against the government’s authoritarian policies. For example, when mainstream media failed to report on the 2013 Gezi Park protests, people used social media as a main tool for dissemination of information, and also for mobilising.

The AKP government has gradually expanded its control over social media and silenced online critical voices though repressive laws. By the end of 2019, access to 408.494 websites had been blocked. Turkey has in the past also blocked Twitter, YouTube, Facebook, WhatsApp and Wikipedia. Social media is closely monitored and thousands of people face investigations and trials over their social media posts deemed critical of government actions or political leaders.

This repression has increased since the COVID-19 pandemic. According to official figures of the Ministry of Interior, as of May 2020, at least 510 people have been taken into custody over allegedly “baseless” and “provocative” social media posts about the pandemic and the state’s response to it. Despite this repression, social media remains the main platform that people use to receive independent news, express their views, criticise and protest the government. For example, Erdoğan’s recent livestream with youth received 408k dislikes.

The government has long been weighing legislation that would further censor social media. We, undersigned organisations, are deeply concerned with the latest comments made by Erdoğan announcing that his party will draft a bill that will either control or completely ban social media platforms. Turkey is obliged to ensure the right to freedom of expression and access to information. We condemn any attempts that will further restrict freedoms in the country. We call on the international community to closely monitor the situation in Turkey and use all means at their disposal to stimulate Turkey’s compliance with its international commitments.

This statement was prepared by Article 19 as part of the Media Freedom Rapid Response (MFRR), which tracks, monitors and responds to violations of press and media freedom in EU Member States and Candidate Countries. This project provides legal and practical support, public advocacy and information to protect journalists and media workers. The MFRR is organised by an consortium led by the European Centre for Press and Media Freedom (ECPMF) including ARTICLE 19, the European Federation of Journalists (EFJ), Free Press Unlimited (FPU), the Institute for Applied Informatics at the University of Leipzig (InfAI), International Press Institute (IPI) and CCI/Osservatorio Balcani e Caucaso Transeuropa (OBCT). The project is co-funded by the European Commission.