In 2020, a number of threats to media pluralism and transparency have continued to further marginalise and threaten media freedom across Hungary. Due to the expansion of pro-Government outlets and the weaponisation of government advertising, most Hungarian citizens receive news only from pro-government outlets. With this kind of control, there is no need to directly attack critical journalists, as they are excluded from the media market. Moreover, the coronavirus crisis had arguably the biggest effect on media freedom 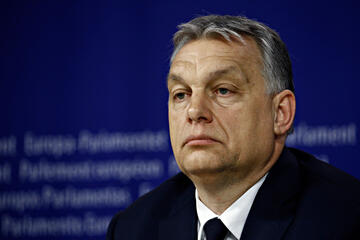 As reported by the Reuters Institute in the Digital News Report 2019, attacks against opposition parties, academic institutions, NGOs and media outlets have continued. In 2020, a number of threats to media pluralism and transparency have continued to further marginalise and threaten media freedom across Hungary. Numerous European organisations and institutions have raised concerns regarding increasing levels of corruption and abuses of power that undermine human rights and the rule of law in Hungary.

Hungary scores 70th globally and 19th in the European Union in the 2019 Corruption Perception Index  compiled by Transparency International. As highlighted by the 2020 Rule of Law Report authored by the European Commission,

“There is a systematic lack of determined action to investigate and prosecute corruption cases involving high-level officials or their immediate circle”.

Hungary’s Freedom House status dropped from ‘free’ to ‘partly free’ in 2019, a ranking that was unchanged in 2020.

The 2020 World Press Freedom Index, developed by Reporters Without Borders, ranks Hungary as the 89th out of 180 countries. This represents a drop of two places since 2019. Since 2013, Hungary has dropped 31 places.

The Platform to Promote the Protection of Journalism and Safety of Journalists, an alert mechanism that establishes a process by which the Council of Europe can be informed about violations of press and media freedom, recorded 16 alerts since April 2015 in Hungary. Of these, seven were created in 2020.

The figures provided by the Digital News Report 2019 show that online channels are the most significant news source, with social media use higher in the international comparison. Trust in the news is extremely low (28% of those surveyed).

Due to the expansion of pro-Government outlets and the weaponisation of government advertising, most Hungarian citizens receive news only from pro-government outlets. This is due to the phenomenon of media capture, whereby governments, or government-affiliated enterprises, exercise direct or indirect influence over the media landscape, blocking out independent and critical journalism in order to benefit pro-Government outlets or media actors. With this kind of control, there is no need to directly attack critical journalists, as they are excluded from the increasingly homogenised media market through legal and economic manipulation. Hungary represents one of the most prominent examples in Europe of media capture. An important step for governments to consolidate the market in this manner is to first capture the regulatory mechanisms. A government-controlled regulatory authority undermines commitments to international professional standards, while also establishing a framework that can benefit pro-Government outlets, opinions or policies. Center for International Media Assistance (CIMA) director Mark Nelson as quoted in the Media Capture: Toolkit for 21st Century Autocrats presents this in the Hungarian context:

“Media-regulatory takeover was an early and explicit policy of the Orbán government when it took power in 2010”.

As a matter of fact, according to Medialandscapes: “In the 2010-2014 parliamentary cycle, Fidesz took control of the National Media and Infocommunications Authority, the Hungarian Wireless Agency and the Public Service Foundation via its appointees”.

The impact of this is relatively unambiguous. Freedom House stated that the regulator “has used its powers to selectively refuse licenses to independent or opposition-leaning outlets”.

The Media Council, composed of a President and four members elected by the Parliament, is the decision-making body of the National Media and Infocommunications Authority. The 2020 Rule of Law Report states that the independence and effectiveness of the Media Council is at risk, given the fact that the governing party nominated all five members.

Critical journalism is completely banned from the public service media. Reporting on certain subjects requires prior authorisation. This impedes editorial freedom and freedom of expression. Access to information for independent media is similarly restricted, too. As described by the recently published study Safety of journalists and the fighting of corruption in the EU, Hungarian authorities ignore or explicitly reject inquiries from independent media.

Since 2016, access to information has also been limited by a Decree that empowers public institutions to require a reimbursement of the costs that the additional work could entail in replying to the request. The access to information is also denied through the refusal to disclose the documentation about public projects. In this way the transparency of public spending is also undermined.

Moreover, critical media are often not invited or are banned from official press conferences and their contacts with parliamentarians are restricted because of the increasing number of news media that are banned from the Parliament. This form of physical exclusion inhibits the possibility of first-hand reporting.

Media Capture: Toolkit for 21st Century Autocrats confirms that since 2010, the vast majority of media outlets have been bought out or taken over by pro-Government business leaders. After a joint mission conducted by the International Press Institute, Article 19, Committee to Protect Journalists, European Centre for Press and Media Freedom, European Federation of Journalists, Free Press Unlimited  and Reporters Without Borders, the organisations made a number of urgent recommendations to both EU Member States and institutions and the Hungarian government:

After the 2018 elections, the ownership of different media outlets changed again, further consolidating control for Orbán and his party. As reported by Reuters, in response to this election result, Lajos Simicska closed or sold all his assets, including HirTV, which was subsequently taken over by pro-government editors and Index.hu which resulted in a change in its ownership structure.

In September 2018 the creation of the Central European Press and Media Foundation, KESMA, with the declared aim of ensuring the preservation of national values, contributed to the disruption of the media environment. Highly criticised by various organisations for the defence of media freedom (ECPMF, EFJ, Reporters Without Borders), the foundation gained control of more than 470 media outlets in the country after numerous outlets owned by pro-Government individuals transferred ownership rights to the newly-created entity. The government prevented any further scrutiny of this merger by the competition authority by declaring the Foundation a matter of national strategic importance. On 25 June 2020, the country’s Constitutional Court asserted that this was legal.

It can be said that indirect political influence over the media is more common in Hungary than direct control. The establishment of KESMA was a strategic move towards the construction of a pro-government media environment. The process is aggravated by the lack of transparency in the distribution of state advertising revenues. Data from the 2020 Media Pluralism Monitor, included in the European Commission Report, highlight the fact that “In 2019, the share of state advertising that went to pro-government outlets in the newspaper market was 75%, in the television market 95%, in the online news market 90% and in the radio market 90%”.

The Media Freedom Rapid Response monitoring report states that of all countries in Europe, the coronavirus crisis had arguably the biggest effect on media freedom in Hungary.

In March 2020, after the declaration of the State of Danger, the Hungarian government adopted the Coronavirus Act. This piece of legislation has reinforced Prime Minister Viktor Orbán’s power, through the provision that the government could rule by decree  until the end of the crisis. As the European Stability Initiative states in the report The wizard, the virus and a pot of gold, the Act also proposed new crimes to be added to the criminal code. This includes a law that could see persons who spread a so-called “distorted truth” related to the virus facing up to five or eight years in prison. In this way, Viktor Orbán explicitly used the coronavirus pandemic to further entrench pro-Government dominance in the media market and threaten all critical or independent scrutiny.

Sandor Orbán, head of the Center for Independent Journalism in Hungary, told IPI that the new law has a chilling effect on the media and is leading to increasing self-censorship.

The coronavirus pandemic produced a crisis in the advertising industry, thus allowing a tighter control on independent media that are facing increasing problems in finding the necessary resources to survive. Further to this, the government has moved swiftly to demonise all critical journalism as “fake news”, even creating a Fake News Monitor to counter them.

A legal opinion commissioned by the European Centre for Press and Media Freedom found that, after the first stage of the pandemic, when it was predominantly covered by independent media, the coronavirus crisis coverage is now entirely centralised.

One of the biggest blows to independent media in Hungary in recent months was the resignation of the majority of the editorial team and editorial board of Index.hu, one of the most influential independent media outlets, after its editor-in-chief was fired by the management board. This was followed by news that the pro-Government National Media and Infocommunication Authority (NMHH) would not extend the license for Klubrádió, the last remaining independent radio station in Hungary.

At the beginning of June 2020, another alarming episode occurred after the news website Telex.hu uncovered a letter from theMinistry of Foreign Affairs asking Hungarian embassies in the EU to provide information on the activities of Hungarian journalists abroad, requesting details of any meeting with European colleagues. As a statement by IPI highlights:

“This act, and the government’s defence of it, confirms that Hungarian journalists are to be treated as enemies of the state. Embassies are to become another agent for intimidating media and closing the public’s access to news not under the direct control of the state.”

This article was first published by ECPMF.