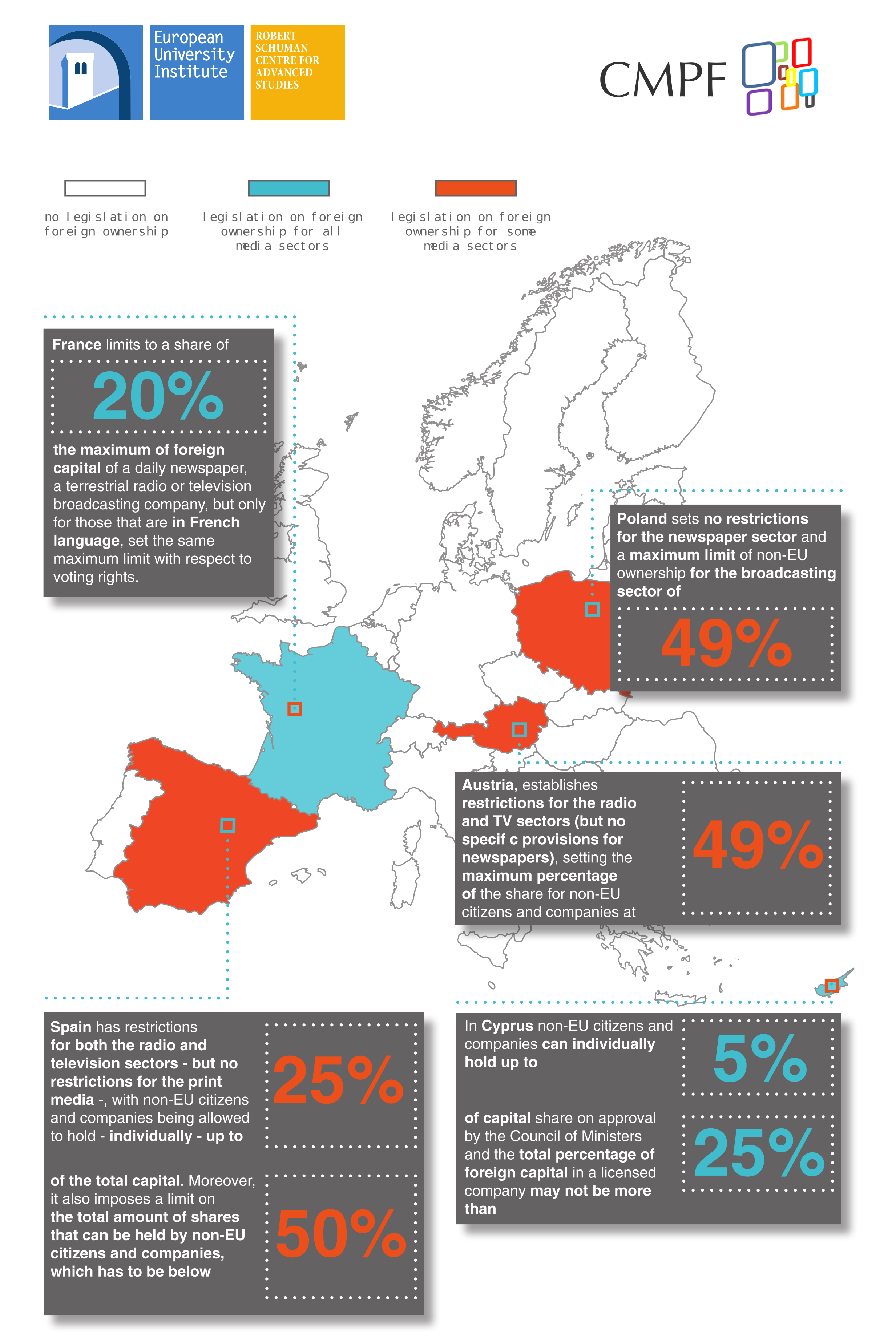 This new fact-sheet focuses on legislation on foreign media ownership in EU member states, showing that 23 countries out of 28 do not impose any limit. Even where there is some kind of restriction (i.e. in Austria, Cyprus, France, Poland, and Spain), it does not apply to citizens or companies from EU countries. France has the most restrictive environment, with maximum limits for non-EU capital at 20% in all media sectors.

The Media Pluralism Monitor is a tool developed by the Centre for Media Pluralism and Media Freedom (CMPF) that assesses the risks to media pluralism in selected countries, considering four areas: basic protection; market plurality; political independence; and social inclusiveness.