Montenegro: MFRR letter to authorities for threats to Olivera Lakić 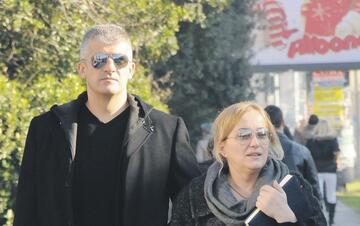 We, the undersigned partners in the Media Freedom Rapid Response (MFRR), are highly concerned about the continued assassination threats against journalist Olivera Lakić. We urge you to follow up on verbal commitments and immediately provide Lakić and her family with adequate police protection. These new assassination plots must also be swiftly and thoroughly investigated to ensure that both the perpetrators and those ultimately responsible for ordering Lakić's death are brought to justice.

Olivera Lakić is an investigative journalist who covers organised crime and corruption. On 25 December 2020, the special state prosecutor announced two suspects’ arrest for planning her assassination, with other suspects who are already in prison. They are part of the same criminal organisation suspected of a previous assassination attempt on Lakić in 2018 when she was wounded in the leg. In May 2020, it had also emerged that there had been an attempt to recruit an assassin in Spuz prison. According to the special prosecutor, the suspects aim to prevent Lakić from investigating criminal organisations in Montenegro and their ties with other such groups in the broader Balkan region.

While we welcome the timely action taken to prevent the most recent murder plot, the slowness in affording the threatened journalist police protection also illustrates flaws in authorities’ handling of such serious threats. These challenges were outlined in the recent report of a virtual MFRR mission in September 2020, which concluded that Montenegro has a significant impunity problem in relation to attacks on and threats against journalists and media workers. This is fostered by flawed and inadequate investigations that have implicitly signalled support for these crimes. Whether rooted in a lack of political will or professional capacity of the police and prosecutors, investigations are too slow and only rarely result in the perpetrators and masterminds of attacks on journalists being brought to justice. Indeed, the 2018 assassination attempt on Lakić is one of these unresolved cases: although individuals were arrested, no charges have so far been brought.

We join the Commission for Monitoring Investigations of Attacks on Journalists and reiterate our urgent call for Olivera Lakić and her family to be protected as the investigation continues to ensure their lives are not in jeopardy due to Lakić’s vital work. This cannot and should not be delayed. Furthermore, we consider this latest threat to Olivera Lakić demonstrates once again the urgency of tackling impunity for attacks on and threats against journalists and media workers and creating a safe working environment, which will be a crucial element of your government’s commitment to the EU accession process.

The partners in the Media Freedom Rapid Response stand ready to support your efforts in addressing impunity and creating a safe working environment for journalists and would be keen to organise a meeting on this topic at a time of your convenience.