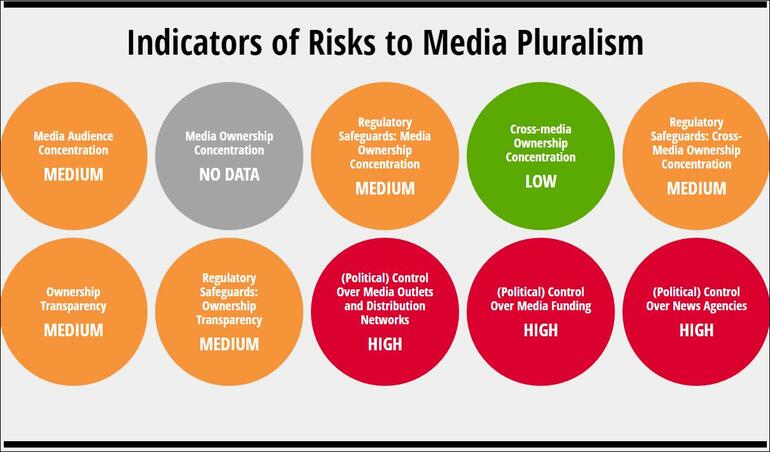 The “Media Ownership Monitor” (MOM) has been developed as a mapping tool in order to create a publicly available, continuously updated database that lists owners of all relevant mass media outlets (press, radio, television sectors and online media).

MOM aims to shed light on the risks to media pluralism caused by media ownership concentration. In order to grasp the national characteristics and detect risk-enhancing or risk-reducing factors for media concentration, MOM also qualitatively assesses the market conditions and legal environment.

The Media Ownership Monitor provides a transparency tool to enforce a democratic discussion on that issue as well as good governance: decisions are likely to be of higher quality and to better reflect the needs and wishes of the people if they have access to adequate information and broad consultations, with views and opinions freely shared. In this sense, the MOM delivers complementary information to the observation collected by the Media Pluralism Monitor for European member states.

The indicators are inspired by and harmonized with the EU-funded Media Pluralism Monitor of the Centre for Media Pluralism and Media Freedom (CMPF) at the European University Institute Florence.

Whenever not publicly available, information was directly requested to media companies, political representatives and research institutes.

To guarantee and verify the objective evaluation, the Media Ownership Monitor works with advisory groups in the countries taken into account by the monitoring action.

Which information are provided by the Media Ownership Monitor?

"Media Market": the types of media that are relevant for opinion-formation on the basis of the audience reach.

"Ownership": owner/shareholder/people with influence on the most relevant media are researched. Key media companies are defined economically (related to their revenue) and investigated concerning their ownership characteristics.

"Indicators": explains the indicators which allow calculating an index for the risk to media pluralism caused by a certain level of media ownership control.

Countries covered by the monitoring

MOM has been proposed and launched by the German section of the international human rights organization Reporters without Borders. In each country, RSF cooperates with a local partner organization.