Italy, journalism and the rule of law

In a country where media freedom and pluralism are formally protected by a solid legislative framework, the ability of journalists to conduct their investigative work still faces several challenges. We discussed these issues in an interview with Lorenzo Bagnoli, IrpiMedia journalist 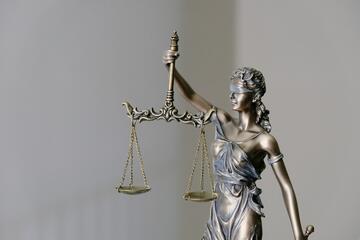 In its 2022 edition, the Rule of Law Report  included for the first time a series of recommendations for each Member State. Among the six recommendations the European Commission made to Italy in its yearly monitoring of four key areas - the justice system, the anti-corruption framework, media pluralism, and other institutional issues related to checks and balances - there is the urgency to reform the regime on defamation and to protect journalists and their sources.

These are not the only aspects challenging media freedom in Italy: other issues raised by the European Commission have a connection with its fostering (or endangerment).

The Rule of Law Report highlights that generalised civic access to information held by the public administration (FOIA) was introduced in the Italian legislative system only in 2016, whereas access to public documents for requesters who have a specific interest is regulated by Law 241/1990.

The implementation of such provisions is not always smooth, and cases of denial of access to information are not rare. As highlighted in the Media Pluralism Monitor , this creates a burden for journalists.

Among the problems that emerge there is also the difficulty to balance the rights to access information, to protect personal data, and to protect journalistic sources.

The legislation on access to public documents applies also to public broadcasters as part of the public institutions. However, the judge accepted the demand to access acts not only in relation to administrative documents, but also journalistic material, thus leading to a violation  of the right to freedom of expression and the right of journalists to have their sources protected. As stressed by the Media Freedom Rapid Response (MFRR ), the EU General Data Protection Regulation (GDPR) calls for a balance between the right to protection of personal data and the right to freedom of expression and information. The need to balance the two rights was not taken into account in this specific case.

Access to public information is also tricky for Court reporting, where a lot of data is increasingly not disclosed. Again, the GDPR plays a crucial role in such decisions. “First of all, we have to say that there is a lack of culture of data transparency in Italy”, Lorenzo Bagnoli, IrpiMedia  journalist, told us. “And sometimes it is still hard to identify what the right source for asking for data is. Sometimes sensitive data is totally inaccessible even when there is a public interest. And this is particularly true with Court reporting and with the reform [ed: of the Justice system] that is taking place in Italy concerning reporting from Court”.

As stressed by Bagnoli, the GDPR is often used instrumentally to prevent journalists from having access to data. Sometimes, the GDPR is used to invoke the right to be forgotten even when Court cases are still ongoing. “If in the past”, in Bagnoli’s words, “it was a sort of wild west with journalists easily accessing Court records, the situation is now overturned and accessing data is becoming extremely difficult”.

The reform of the Justice system has created a new obstacle for Court reporting, due to the way the EU Directive 2016/343 on the protection of the presumption of innocence was transposed into the national legislation. As highlighted during the MFRR mission in Italy, the restrictive interpretation of the text is such that public prosecutors tend not to disclose any information about ongoing judicial investigations or suspects.

Protection of whistleblowers and journalistic sources

As for the EU Directive 2019/1937 on the protection of persons who report breaches of Union law, Italy is non-compliant. This shortcoming was pointed out by the European Commission in the Rule of Law Report 2022, where it is underlined that among the pending legislative proposals that would be aimed at strengthening corruption prevention is the one on the protection of whistleblowers. The new European Delegation Law 127/2022 gives time until 10 December 2022 to transpose the Directive.

The protection of whistleblowers is therefore still disciplined by Law 179/2017, which foresees a low level of protective measures for the private sector, as highlighted also in the 2022 Rule of Law Report. But guarantees for whistleblowers are essential for investigative journalism, as whistleblowers play a fundamental role in exposing corruption and illegal acts that undermine the rule of law. Bagnoli stresses that “again, the problem with whistleblowing is the lack of culture of what whistleblowing is. It’s even hard to have an Italian translation of the word”.

The 2022 Rule of Law Report recognises the damages caused by high-level corruption in Italy and calls for actions to tackle this problem. The report stresses that “criminal networks have benefitted in particular from the pandemic-related needs of economically fragile SMEs and the procurement of state aid and public grants. [...] Concerns exist of similar trends with regard to the future procurements of public funds of the Recovery and Resilience Plan”.

A study conducted by OBC Transeuropa shows that the weakness of politics is associated in a concerning way with the strength of some malevolent economic actors: state capture and the collusion between economic and political interests have a negative impact which is twofold, limiting the freedom of the media and frustrating efforts of civil society.

Further readings on the Resource Centre

"Who is afraid of journalists?" - The MFRR Italy Mission Report results;