Called "the black sheep of EU media freedom", Bulgaria faces a lot of issues related to freedom of expression and safety of journalists. Here a detailed overview made by OBCT journalist Francesco Martino, who lives in Sofia 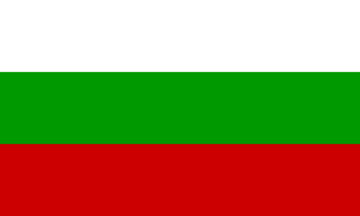 As reported by the Reuters Institute in the Digital News Report 2020 , in recent years politicians have strengthened their influence over the media in Bulgaria, leading to an extreme polarization of the media landscape. The links between television stations and other media range from shared business interests to stronger ties, with many of the main TV networks now directly owned by businessmen with political connections. Numerous news organisations have become increasingly reliant on funding from pro-government oligarchs or foreign foundations, which may have reduced independence and perceived trust – down 7% from 2019 to 2020.

In the 2020 World Press Freedom Index , published by Reporters Without Borders, Bulgaria maintained its 111th global position (among 180 countries surveyed), the lowest media freedom score not only among EU member states but also in Southeast Europe (SEE). Bulgaria's position in the ranking hasn't changed since 2018, but since 2013 the country has dropped 24 places (and even more impressively, a whole 59 places since 2008).

In the 2020 Freedom House global survey, Bulgaria was ranked as a "free country", with 80/100 points. Nevertheless, the organisation expressed concerns over the media sector now less pluralistic, as ownership concentration has considerably increased in the last 10 years, while journalists encounter threats and even violence in the course of their work and are sometimes fired for not following the editorial line.

Despite a slight improvement in the last year, together with Romania, Bulgaria ranked the lowest among EU member states in Transparency International's 2020 Corruption Perception Index (CPI) global survey. Bulgaria ranked 69th among 180 countries included in the survey, achieving a score of 44 points out of a maximum of 100. According to the EU "2020 Rule of Law Report" , despite carrying out a comprehensive reform of its legal and institutional anti-corruption frameworks, Bulgaria still faces important challenges since

"a solid track-record of final convictions in high-level corruption cases remains to be established", and

"the lack of results in the fight against corruption is one of the key aspects raised throughout the summer 2020 protests".

The Platform to Promote the Protection of Journalism and Safety of Journalists , an alert mechanism that establishes a process by which the Council of Europe can be informed about violations of press and media freedom, recorded 21 alerts in Bulgaria since 2015 (of these, seven were created in 2020, one in 2021). Most of the alerts regarded attacks on the physical safety and integrity of journalists (9) or harassment or intimidation of journalists (7).

According to the figures provided by the Digital News Report 2020 , television remains the primary source of news in Bulgaria. Independent media still operate in print and online while social media news use is amongst the highest in Europe. Overall trust in the news among the Bulgarian public is generally low (33% of those surveyed). Public broadcasters BNT and BNR are less popular in terms of reach than commercial rivals but remain the most trusted for news.

In these last years, Bulgaria has been consistently identified by experts as one of the most problematic, if not the most problematic case of media freedom limitations in the European Union. Bulgaria's worrying downward trend in media freedom started in 2006, when the country was still ranked 35th in the Reporters Without Borders "World Press Freedom Index". Despite obtaining its full EU membership in 2008, since 2006 Bulgaria lost an impressing 76 ranks in the Index, resulting in the current 111th position in the global ranking, the lowest for an EU member country.

Numerous elements contribute to the current worrying situation, which in these last years has earned Bulgaria the infamous title of "Black sheep" of EU media freedom: among them, media concentration and lack of transparency in media ownership, recurrent cases of violence, intimidation, and abuse against journalists, also by state institutions, regulatory bodies with little resources to enforce their rulings, self-censorship, untransparent funding to media outlets, smear campaigns, widespread corruption, little trust in the media and lack of media literacy in the general population.

As pointed out by the 2019 IREX "Media sustainability index" , the Bulgarian public enjoys free (and cheap) access to a good variety of media, whether cable, online, broadcast, print, domestic, or foreign. However, highlights the report "a variety of media has not translated into a variety of viewpoints".

Most media in Bulgaria are in the hands of a few oligarchs, while print and online outlets are owned and funded by publishers who also control other businesses. The most notorious (but not the only) example of media concentration in Bulgaria is represented by the PM and media tycoon Delyan Peevski who, according to Reporters Without Borders , "ostensibly owns two newspapers (Telegraph and Monitor) but also controls a TV channel (Kanal 3), news websites and a large portion of print media distribution". Peevsky is also considered the actual owner of the second-largest radio group in Bulgaria, BSS, which broadcasts popular music stations.

In November 2018, the "Compulsory Deposit of Copies of Printed and Other Works Act" was amended to require media outlets to provide information about their owners and all funding received, including the names of donors.

The new law has been criticised for placing an excessive burden on small, independent media outlets, funded mainly through donations, and because it does not oblige media to disclose certain other sources of income, such as Government funding.

In practice, though, according to the EU "2020 Rule of Law Report" , "many outlets [still] do not comply with the law, and the disclosed information is not always easily accessible to the public", and "transparency is not ensured in many cases, as media outlets tend to register under proxies or offshore companies".

Media in Bulgaria appear also to be particularly vulnerable to different kinds of pressure from advertisers, both public and private. According to the CMPF "Media Pluralism Monitor 2020" , in Bulgaria, there are no regulatory safeguards for fair and transparent distribution of state advertising, distribution of state advertising expenditure is not based on clear and non-discriminatory criteria and EU funds are allegedly used by local authorities to strengthen their control of local newspapers and TV channels.

The situation is particularly worrying for local media, which are largely dependent on financing by municipalities and local owners. A 2015 investigation by Spas Spasov showed that between 2013 and 2015 municipalities in Bulgaria spent at least 2.7 million leva (around 1.5 million Euros) of their own or EU funds on local newspapers, TV stations, and radio stations.

In these last years, violent attacks, abuses, harassment, and smear campaigns on journalists are frequently reported , while journalists and media owners face politically motivated charges. In this challenging situation, journalists increasingly practice self-censorship to protect themselves from political, corporate, and criminal pressure, as highlighted by a 2015 national survey by the Association of European Journalists (AEJ) - Bulgaria.

Coronavirus and anti-government protests: a difficult year ahead of the political elections 2021

2020 was marked by two major events in Bulgaria: the global pandemics connected to the Covid-19, and the months-long protests against the current centre-right government of Prime minister Boyko Borisov. The protests, sparked during the summer by a controversial case of embezzlement by oligarchs considered to be close to the government, saw thousands of angry citizens taking to the streets for several months despite the anti-Covid-19 measures, asking for the resignation of the government and early elections . Despite the endurance of the protesters, though, Borisov's cabinet managed to weather the storm and will eventually complete its mandate, while new regular political elections are now scheduled on April 4, 2021.

Both the pandemic and the political turmoil contributed added to the difficulties of media freedom in the country. As registered in the March-June 2020 MFRR "Mapping media freedom" report, in March 2020 - as part of its COVID-19 state of emergency decree - the government sought to amend the penal code and introduce prison sentences for spreading what it deemed "fake news" about the outbreak with up to three years in prison or a fine of up to €5,000. That part of the emergency bill, however, was first vetoed by President Rumen Radev, and then eventually abandoned.

In March, an extremely serious attack targeted the newspaper editor Slavi Angelov who was left unconscious in the street after being assaulted with metal pipes by masked men outside his home in the capital city, Sofia. In April three people were arrested and charged with the attack: the trial on Angelov's case is currently ongoing. In the coming months, other journalists were subject to different forms of intimidation and threats or charged by the judiciary in dubious circumstances.

In general, according to the last AEJ-Bulgaria Annual survey of media freedom in 2020, the culture of pressure on the media appears to have grown perceptibly stronger. "Outside pressure on the media from political actors has not only failed to subside but has doubled compared to other centres of influence on editorial content, such as economic players, advertisers, and central and local government bodies. The self-censorship and self-limitations journalists impose on themselves in their work have evolved into a disquieting unwritten rule".

Asked about the effect of the Covid-19 pandemic on media freedom, 52% of those surveyed by the AEJ maintained that the lockdown imposed in March 2020 entailed restrictions on freedom of speech. For 16.3 % of the respondents, the pandemic had a suffocating effect on freedom of speech. The pandemic affected media freedom also indirectly by taking a toll on the financial stability of the media in the country.

While the prolonged protests were generally non-violent, some incidents between the police and the protesters were registered, some of them directly involving journalists working to cover the events. In particular, on the night of September 2, freelance journalist Dimitar Kenarov was handcuffed and detained by riot police officers as he was taking photos from the front of protests that had broken out in front of the National Assembly, dragged away from other media workers documenting the scene, thrown to the ground, and kicked in the head by two uniformed men. At the end of January 2021 prosecutors refused to launch a formal investigation on Kenarov's case , citing an internal check, carried out by the same police department that was in charge of guarding the protests.

With the electoral campaign for the April 4 elections about to start, the current situation in media freedom certainly raises concerns. According to respondents to the 2020 AEJ-Bulgaria annual survey of media freedom , during election campaigns in Bulgaria different unethical/unfair practices can be detected on the media.

Among the most commons, paid content ( political propaganda) presented to the public as editorial content (60,9 % of the respondents), disproportionate coverage of some political party or parties at the expences of other political formations (51,5%), smear campaigns, or "black-PR" (46%). Only according to 5.9% of the journalists surveyed, the are no major unfair practices on the Bulgarian media during electoral campaigns.